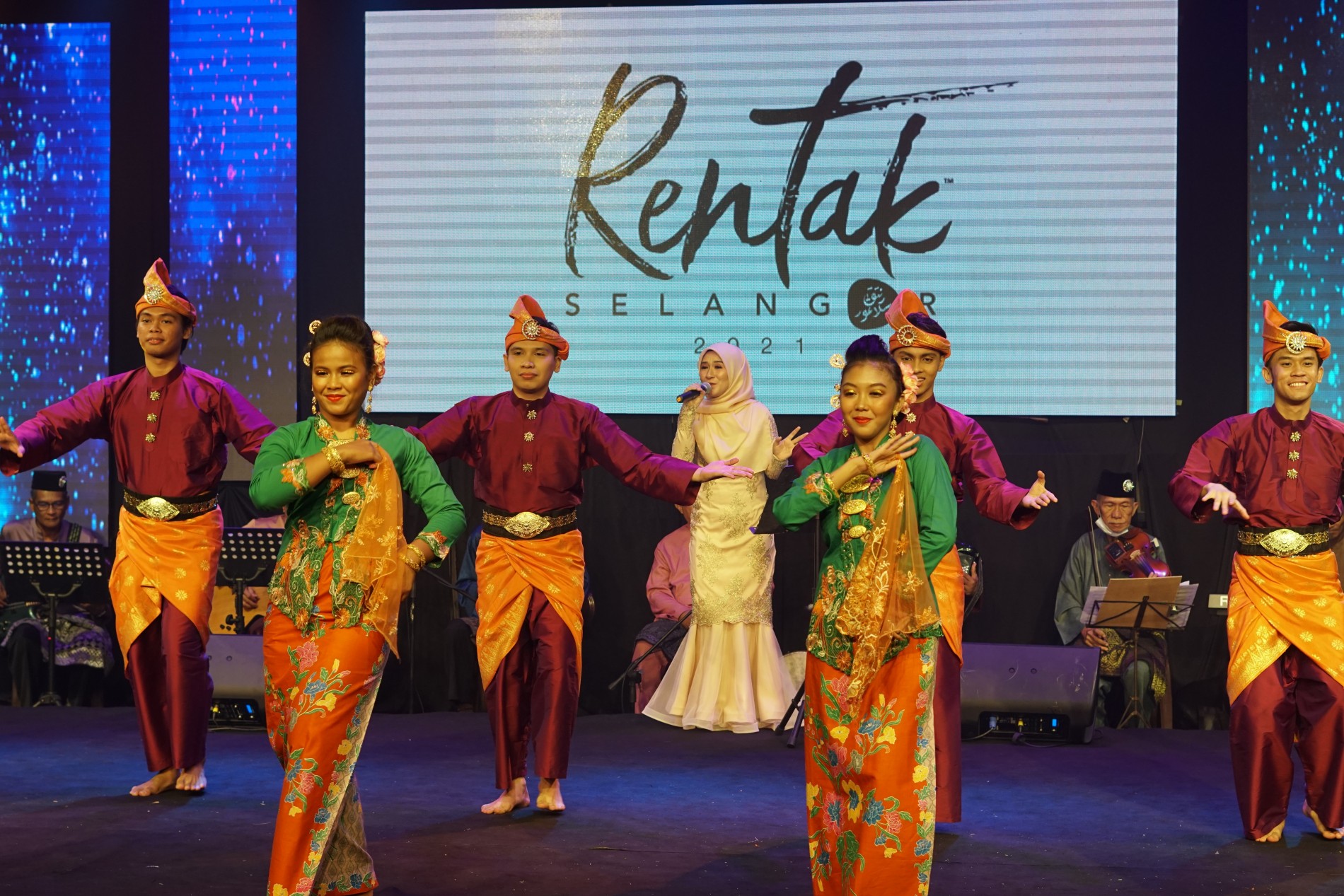 ‘Rentak Selangor’ programme is implemented in a new format: the form of digital recording broadcasted on social media platforms

SHAH ALAM, 28 February 2021 – ‘Rentak Selangor’ programme that began since 2016 aims to revitalize the traditional art, culture and heritage found in Selangor by serving as a platform for showcasing local art performances and encouraging discussions between cultural heritage experts and industry players from various communities within Malaysia’s most developed state.

This year, the ‘Rentak Selangor’ programme is implemented in a new format: the form of digital recording broadcasted on social media platforms, in place of the usual media familiarisation trip format carried out in the previous years.

The recording session of ‘Rentak Selangor’ was held on 27 February 2021 at Warisan Sound, Teluk Panglima Garang, in accordance with the guidelines and preventive measures issued by the Ministry of Health Malaysia (MOH) and the National Security Council (MKN) to promote physical distancing at the onset of COVID-19 pandemic. This proactive move is in line with the Selangor state government’s efforts to expand digitalisation initiatives for the benefit of the people, especially the young and future generations.

According to The Honorable, Mr. Borhan bin Aman Shah, who is the Selangor State Executive Councillor (EXCO) for Rural and Traditional Villages Development, Malay Customs, Culture and Heritage, ‘Rentak Selangor’ rejoices the diverse ethnic and colourful backgrounds of those who now call the state home.

“We can see many ethnic groups in Selangor, such as the Bugis, the Banjar, the Javanese, the Rawa, and the Mandailing, not forgetting those from other parts of Asia. They hailed from various places and brought with them their customs, which over time had assimilated into the community or had adapted to the local setting. We therefore want to celebrate these through the Rentak Selangor programme by gathering these cultures and present them to the public. This is one of the state government’s efforts in highlighting our cultural treasures, as well as supporting the artists and industry players within the state who continue to uphold our culture tirelessly,” says Mr. Borhan.

He further pointed out that the COVID-19 pandemic has not only affected the world economy, but also has changed the landscape of society. “We aim to make more programmes similar to Rentak Selangor so that we can assist Selangor’s cultural artists to continue to survive in the new norm,” he added. As such, during the ‘Rentak Selangor 2021’ programme, Mr. Borhan’s office also extended contribution to deserving cultural artists.

‘Rentak Selangor 2021’ highlights the cultural diversity of multiple ethnic groups in the state of Selangor, namely Malay, Chinese, Indian and indigenous communities. Some of the cultural performances featured in the recording are cempuling that is recognised as the identity of the Selangor, angklong, Gordang 9, Joget Selangor, peacock dance and lion dance.

The public can watch the recording of this Rentak Selangor programme on the official Rentak Selangor Facebook page, which currently garnered 62,000 views and counting since its premier at 8:30 p.m. on 28 February 2021. The video can also be viewed on Youtube through Warisan Records channel.

‘Rentak Selangor 2021’ is a joint programme organised by the Committee of Rural and Traditional Villages Development, Malay Customs, Culture and Heritage; the Selangor State Government State Economic Planning Unit (UPEN); and supported by the Majlis Kebudayaan Negeri Selangor (MKNS); Gaya Travel Magazine; and the Selangor media. The state government hopes that the programme can achieve the objective in turning the state of Selangor into a hub for art, culture and national heritage.